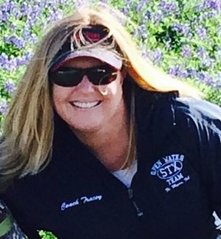 Tracey started swimming at age 2.  She swam competitively for the City of Midland Swim Team for 11 years before moving to San Antonio and swimming for Clark High School and AAAA Northside.
She started her career in 1987 coaching several different summer league teams.  In 1991 she joined the staff at AAAA/NEAT.  From 1991-2000 she primarily coached age group swimmers and assisted with the National level team as well.  In 2000-2002 she moved to the Dallas area and coached for the Frisco Summer Swim Team.  In 2003 she returned to her roots and started coaching with AAAA/NEAT again.  She continued to coach Developmental to Elite level swimmers and currently is the Head Age Group Coach of AAAA-NE and coaches the Jr. Elite Group. She has produced many Top 10 Nationally ranked Age Group Swimmers as well as numerous TAGS champions and Sectional Qualifiers.  Most recently she was selected as the Head Coach for the South Texas Open Water Team traveling to Ft. Myers Florida for the 2014 Open Water Festival.  She also coached the South Texas group in the  2015 and 2016 Open Water Festival, Ft. Myers Fl.  She is currently the South Texas Open Water Chair.
Tracey was named "South Texas Age Group Coach of the Year" in 2009 and 2013.  Most recently she was selected as one of the  2016 South Texas Zone coach's traveling to North Carolina.
The satisfaction she receives from coaching is the achievements of each and every one of the swimmers she coaches no matter what level they are at in their swimming career.
Tracey has two boys – Brody (17) and Kavan (14).  She enjoys vacationing, being outdoors, water sports, snow skiing and spending time with her family and friends. 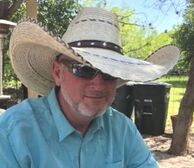 Bill was born in Dallas, Texas and grew up in Parker, Texas where he went to Plano ISD Schools.  He graduated from Plano East Senior High School in 1989.  Bill lettered in two varsity sports in high school, both football and track.  He attended Texas A&M University.  After graduation, he started working for a telecom company in Plano, Texas.  While working there, he also coached a middle school football team for 4 years.  He married his wife, Tracey, in 2000.  They moved to San Antonio, where he now works in the NEISD Athletic Department as the Pool Manager.  Over the past 14 years, he has overseen all aspects of the aquatic facilities operations, including but limited to; high school team swimming, club team swimming, facility maintenance, competition operations, and SwimAmerica supervision/direction.  Bill has also been the Alamo Area Summer Swim League Commissioner.  Bill was most recently voted in as South Texas Age Group Chair.  He is very involved with the North East site of Alamo Area Aquatic Association swim team.  He is a certified ASCA coach, USAS certified coach, USAS certified official, USAS Open Water official, former Summer League Coach, SwimAmerica Site Supervisor, Red Cross certified Lifeguard, announcer for swimming/track/football competitions, and most importantly, father to two wonderful boys, Brody (17) and Kavan (14).